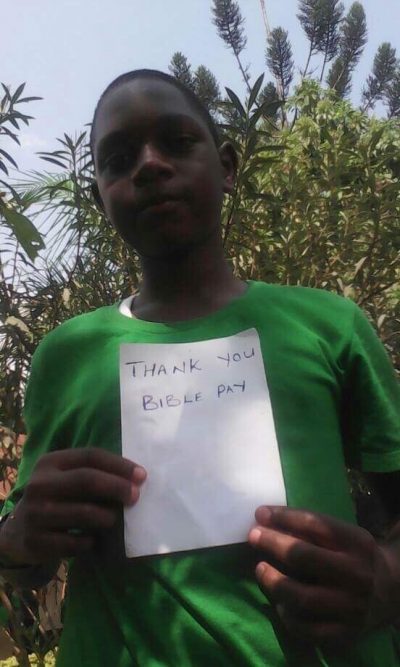 Our June monthly superblock recently passed with many exciting proposals funded.
This month 8,165,000 BBP was donated to charity. At the current price of $0.001563 that equates to approximately $12,500 USD.

Charity:
a) 7,800,000 BBP were donated to our main charity Compassion International to support over 300 children. (Compassion recently made a statementthanking BiblePay for their continued support).

b) 365,000 BBP were given to the Kairos Childrens Fund proposal to go towards educational costs for5 elementary, and 5 high school children in the Philippines. This was part one of the proposal, and further similar ones will follow to enable the children to be educated for the rest of 2018.

IT:
a) 920,308 BBP were paid to Bhavani for wallet development. Bhavani added the ability to view, chart, and vote on proposals from the QT version of the BiblePay wallet. This exciting development will be pushed live in our next mandatory update in early to mid July.

c) 330,000 BBP was awarded to Jaap for professional design services for the website and time spent preparing the upcoming new BiblePay website.

d) 674,875 BBP was approved for work on the upcoming website by zthomasz.

PR:
a) 370,955 BBP was approved for Togo for his “mixed bag” of promotional outreach and his other responsibilities.

b) znffal received 338,000 BBP for time spent on starting and publishing on BiblePay News, the interview with Canary Cry radio, and other outreach projects.

VIEW ALL OUR ARTICLES
SIGN UP FOR OUR NEWSLETTER